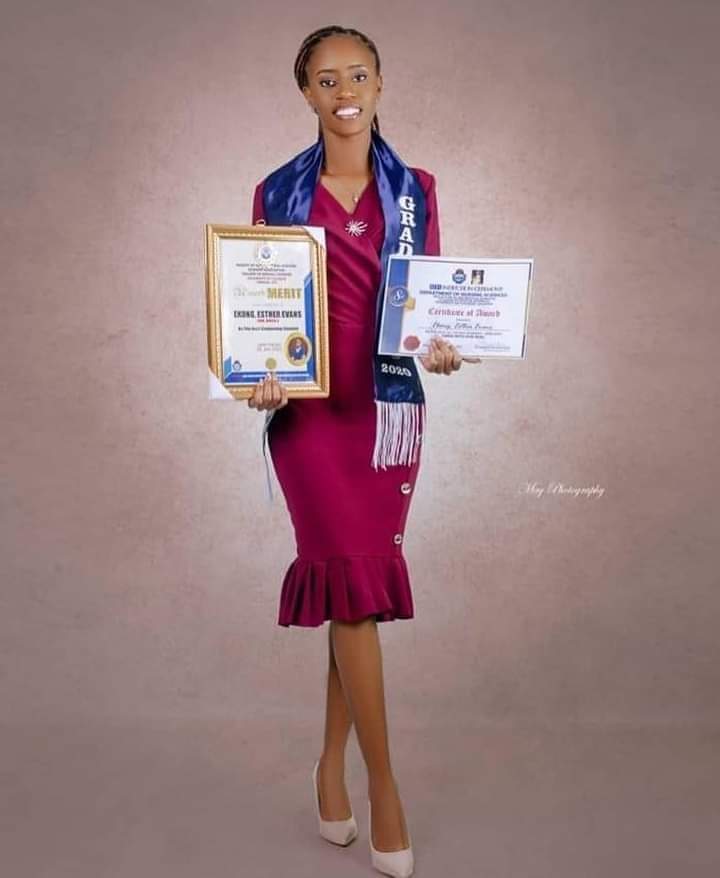 On January 28 2022, the University of Calabar held its induction ceremony and oath taking for 99 new nurses that were inducted into the Nursing and Midwifery Council of Nigeria.

The nurses, who have completed their studies in the department of Nursing Science, where inducted into the noble council as Registered Nurses (RN).

High point of the induction ceremony was the announcement of a 23-year-old Evans Ekong-Esther as the best graduate of Nursing Science.

Ekong-Esther hails from Eket local government area of Akwa Ibom state. She emerged as best graduating students with a CPGA of 4.37.

She attributed her success to her mother for inspiring her to greatness, adding that she was dedicated to her studies at all times.

She won the best All Round Students Award from the department of Nursing Science and Best Student in Nursing Research.

She told newsmen that she had less time for social activities and social media, even as she expressed her commitment to be an Academia after her internship and NYSC respectively.

She thanked her lecturers and the Vice-Chancellor of the University of Calabar, Prof. Florence Banku Obi for giving priority attention to Nursing Science programme in the university.

NURSING: A CALL TO HUMANITY

Debunking The Misconception About Male Nurses