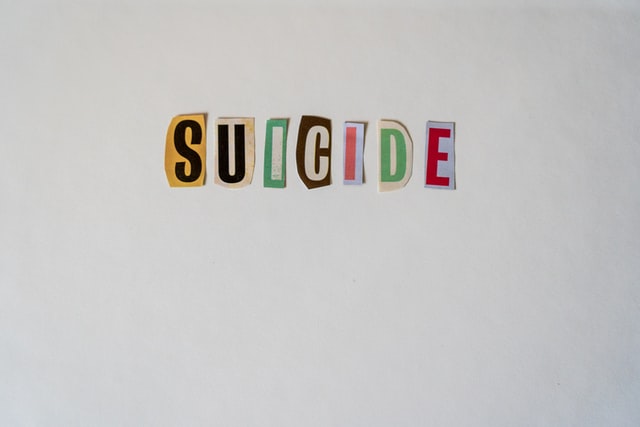 PART ONE: WHAT SUICIDE REALLY IS AND IT’S CAUSES.

“ What is the point of living when all odds are against me? Tell me, what really is there to live for? Why do you want me to be alive when I am useless and I get to achieve nothing tangible even at my age? No, just give me a reason to go on when I am alone and I have no one by my side. I want to stop feeling this way. Nothing seems to be changing. I’ll just end it all and get rid of this pain in my heart. Besides, I don’t make a difference and no one cares.” ~Anonymous
Can you relate to those sentiments? Okay, maybe not you but ever heard someone talk like that before? Do you know what those feelings denote? Yes, you are right! Such sentiments are suicidal and denote plans of suicide. Well, what really is suicide? Why should it be considered as serious an emergency? What causes suicidal ideas and acts? What are the signs that are displayed by one with suicidal thoughts? What can help one get rid of such thoughts and how can you help a person with suicide ideation? I encourage you to read on to get the answers to these questions because suicide is no joke.

Suicide is simply the act of deliberately killing oneself. Note the key word “deliberately”. It connotes that the act is intentional and voluntary. Yes, Suicide is self-murder and it’s never a pleasant thing for anyone to do. Suicide, according to the World Health Organisation, is the “leading cause of death in 15-19 year olds.” The World Health Organisation also stated that “close to 800 000 people die due to suicide every year and many others attempt suicide.” In an effort to fulfil their ideation, some ingest substances like pills or pesticides. Others may drown themselves, hang themselves or even have their body parts slashed. You can see from these data that suicide is a very serious problem. Many lives especially those of young people are lost to suicide each year and that’s very pathetic. It needs to be controlled and prevented if not stopped.

Having learnt that suicide is a grave issue in our world today, what really can lead a person to entertain suicidal thoughts and eventually commit suicide? There are a number of factors that contribute to suicide ideation and suicide as an act.

Note that these factors can be related to the individuals, their situations in life and environments. Some causes of suicide ideation and suicidal act include but are not limited to the following:

1. Feelings of Worthlessness: Feelings of worthlessness is one cause of suicide ideation. When one feels worthless, he/she feels and thinks himself/herself as contemptible, useless and valueless. The person feels that he/she is null and empty and has nothing of value to add to himself/herself, family and the social world at large. It may be true that such person isn’t seen as “worthless” by those outside, but may strongly feel that way on the inside. This affects the person in a negative way that he/she may consider ending his life as the solution to his/her painful thoughts.

There are a number of factors that can contribute to feelings of worthlessness. Some persons, especially most teenagers and young adults may feel worthless owing to academic failure. It’s possible they may have tried several times to hit good grades or be atop in their discipline but yet, that dream doesn’t just seem to materialize.

Some teenagers may feel worthless when they compare their lives or achievements to those of their peers or to the trends on social media and they don’t just seem to measure up. Some persons also experience frequent bouts of destructive criticism and comparisons even from their immediate family, school or work environment. What can you say about parents who do not have jobs that can provide even the basic needs for themselves and families?

There are so many reasons why some people may feel valueless. Simply put, they may not seem to meet up with expectations of themselves, families, teachers, employers and the society. When this happens, they may begin to consider suicide as an option and it’s sad that many have succeeded in that act.

2. Hopelessness: Hopelessness simply refers to having no expectation of good or success. When one is hopeless, he/she strongly feels that his/her situation is irredeemable. A number of factors can contribute to such feelings of despair.

Imagine what life is like for someone who lives with a chronic or terminal illness. Diseases such as diabetes, high blood pressure, cancer, epilepsy and stroke can leave one feeling hopeless. Such a person may have spent virtually all that he/she has and yet the illness still defies a cure. The person may also feel that he/she is being a great burden to his/her loved ones. This situation will only prod the person to seek for a means to end the misery if he/she can’t cope.

What can you say about a lady who is of marriageable age and yet doesn’t seem to be getting into a lifelong commitment anytime soon? Amidst this, she is being mocked or is being pressured by her friends or family. Life wouldn’t be so easy for such person.

Some persons may also experience feelings of despair when they don’t seem to secure a job after several attempts or interviews even with great educational qualifications.
Hopelessness is not a pleasant feeling and in a means to put an end to their despair, some persons kill themselves.

3. Depression: Depression is one leading cause of suicide ideation and suicide. Depression is the state of deep sadness, melancholy, dejection, low spirits, despondence, unhappiness and everything sad. This state can result from a variety of factors and it can also be health related.
Talking about what can cause one to be downhearted, there are a multitude of reasons but I will mention just a few.

Well, for this year, the Corona Virus pandemic is enough reason to be depressed. I am sure you know why. It put virtually the whole world and its activities to a halt. Almost everything went on lockdown and many plans were put paid to. Everyone was made to stay indoors and live a monotonous life. I know you can relate.

Some other reasons for depression could be: failed expectations and disappointments, failed relationships (romantic or otherwise), family and marriage crisis, unruly children for some parents, unloving parents for some children, failures, loss of job, loss of a loved one, illness and many others.

Depression is never a good thing to experience. Nothing positive comes from it. I mean, who enjoys living a sad and despondent life? No one. Depression makes one feel like he just exists but is not living. Despondent individuals don’t seem to get any joy and fulfilment from their lives, they feel that they can’t go on with the sadness and some of them just go ahead to end it. How tragic!

4. Loneliness: Many call loneliness a “disease”. Maybe they are just right. Loneliness implies more than just being alone. It’s a feeling of “sadness” resulting from lack of companionship. Well, someone can be in a crowd and still feel lonely. Surprised? Well, it happens. A lonely person feels so sad and desolate.

Loneliness may be caused by the demise of a loved one (especially a mate, parent or child) or a very close ally. Broken relationships or marriages can also bring deep-seated loneliness. Feelings of loneliness can also be fostered by excessive use of devices and social media. Yes, when a person resorts to social media in a bid to have friends or “feel among”, the person may end up feeling more dejected than before. This is because the person may feel that he/she is “missing out” from all the “fun things” that his/her virtual friends enjoy. People who are addicted to their devices or social media ignore their immediate physical environment and may miss good chances of finding real friends and forging lasting relationships.

Lonely persons feel they lack true companions. They feel no one truly cares about them and no one would ever replace their “lost” companions. Some feel they can’t go on with such pangs and at this point, ending it all seems quite appealing.

5. Mistreatment/Abuse: We can’t discuss suicide without including abuse as a leading cause. Abuse in this context means the improper, unfair or unjust treatment of an individual. Abuse can be emotional, psychological, verbal, physical and sexual.

In our society today, there exists individuals who are abused every day. Some innocent girls and boys are raped and taken advantage of, some children are denied their basic needs and rights even by their own parents, while some marriage mates emotionally and physically abuse their counterparts. There are still others who are victims of slander and harmful gossip. What can you say about young people who are frequently body shamed by their peers?

The part that hurts most is that many of these victims do not get the rightful justice and the perpetrators are left unpunished or without reproof. Abuse never breeds anything positive. Rather, it leaves the victim in pains, shock and trauma. Sometimes the scars caused by these abuse live on for even a life time. Not everyone can take or manage mistreatment or the aftermath of it. As a result, some traumatized ones may decide to terminate their existence.

6. Prejudice/Discrimination: Discrimination seems to be deeply seated in the hearts of many today and they exhibit this in the way they treat others. Some people are discriminated either because of their race, skin colour, language, status, social class and family background. The elite do not associate with the “riffraff” so to speak. The rich do not want to be associated with the poor. The healthy do not want to be seen with physically challenged individuals.

Victims of prejudice feel depressed and see themselves as “nobody”. They believe they will never be accepted for who they are. Some of them don’t see any reason to keep living in a world or society that will never recognize them as “ normal humans” and so, they take their lives.

What shall we include and what shall we shut out? Time will fail me if I continued listing all the causes of suicide and it’s ideation. However, the fact still remains that suicide is an emergency. It should be taken very serious because lives are precious. The rate of it’s occurrence is alarming and saddening. Well, having known the causes, how can you tell when you or someone else may be having suicide ideation? And what can you do when you notice the signs? That will be the highlight of the next article. Anticipate!